Near the beginning of my own trip, I met Anna, who was near the end of hers:

“I think a part of me is already home,” she told me.

Her legs wound up steep hills to peer over tea plantations, but her heart didn’t see the view. Her heart saw home beyond the horizon. At the time I understood what she meant but it would be two months before I felt it. It didn’t take 10 weeks for my heart to skim across the ocean and land, cushioned, at home. That round trip happened throughout my journey. It took 10 weeks for me to want to follow it. Drifting off the coast of Railay Island, I felt a part of me paddling for home, with the intention of staying there. Thrown like a net from my subconscious, were e.e cummings’s words describing the three saddest things, the last of which is:

The mesh hit its target. Floating on her back, with breastroke kicks, she slowly made her way back to the beach then, with her eyes still fixed in the direction of home, she sat beside me on the hot sand. Determined to keep us grounded, I sank an anchor into the sea bed. The luminous green water, the limestone peaks stained orange and the joy of new places ripening in the faces of my friends, fixed me to the ground beneath my feet, anchoring me to where I was. The strong current pulled. The thick rope held fast.

Less than forty eight hours later in Phi Phi, six out of seven were violated by food poisoning. In our four bed room, we tag teamed for the bathroom. Trading the white round baton with seconds to spare. The shower hovered directly above the toilet, washing away any comfort that may have been sucked off the cool floor. The intense waves of nausea snagged the rope of my anchor, pulling at its foundation in half hour intervals. Heavy breathing was my only defense against the impulse to heave. Slipping in the previous patient left, I knelt on the dripping tiles, urging the poison to leave my body. My captor mocked me, feigning desperation, then leaving me to worship the dirty bowl.

Water dripped on me from above. It was a discomfort I could control. With what energy remained, I reached to close the tap. The faucet fell into my hand, releasing a torrent of spray. For the next minute, resisting the reflex to gag, I fought the gushing pipe. My gray pajamas cowered and clung to my skin. Somewhere in those sixty seconds, while I fought for a place to vomit, between being dry and wet, the rope holding me in place snapped. The momentum of the break sent the better part of me home.

She didn’t look back. As the toxins began to clear, I tried to coax her back to me but she barely noticed my flaring arms. And so I carried on without her. And as with so many things that we chase, she only drew nearer when I stopped searching. She came closer when it wasn’t forced. Unaware of her presence, she watched as life absorbed me again. Unlike her departure, I didn’t feel the exact moment she returned. All I know is that somewhere beneath the water, surrounded by thousands of silver flints, she was with me once more. 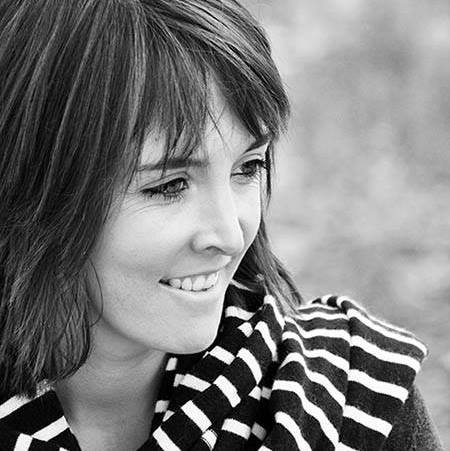